A cure for frustration

Have a plan to create change

What were you doing the night of the first Trump-Biden debate? I’m talking about the September night we got the infamous, “Will you shut up, man?”

I opted out. I find it hard to listen to Donald Trump’s voice when he is saying, and has said, so many vile things. Instead, that evening, I took care of me. I snapped my laptop shut, put my phone away and burrowed into my couch to crack a book I’d been meaning to read for ages. It seemed like a particularly good counter-activity for the night. 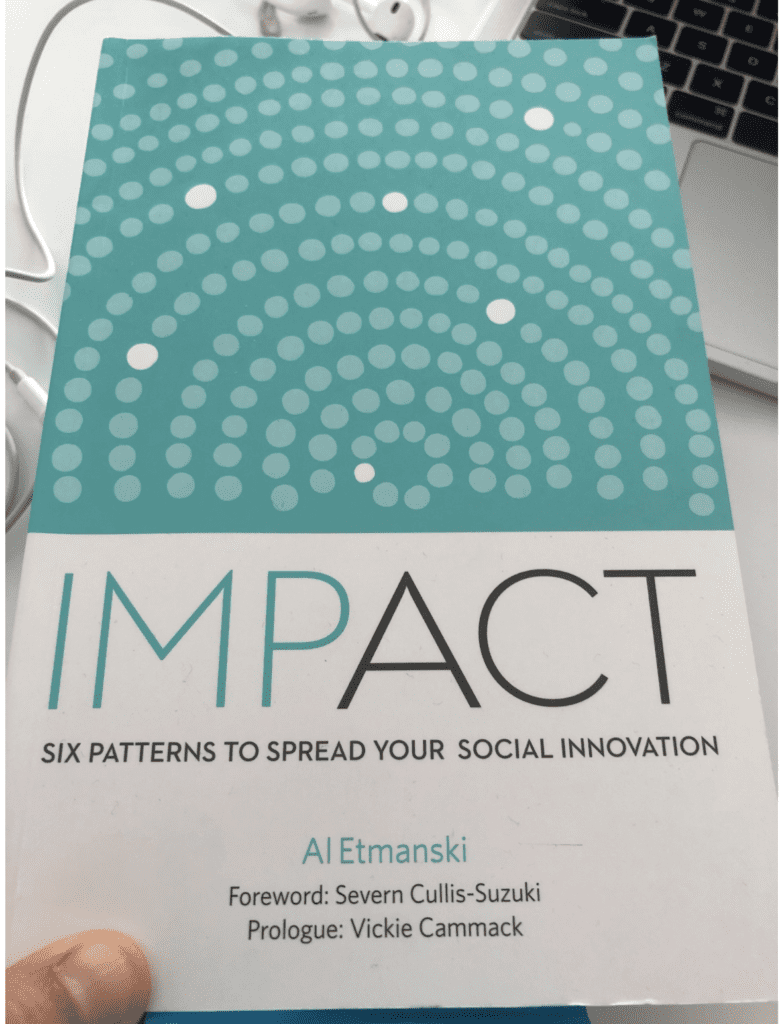 The night of the debate, I was feeling frustrated and stymied, a big feeling for me as summer became fall. I have two kids, and when I strip everything else away, my most important job is to care for them until they can fly the coop. And Ontario’s unsafe school re-opening plan, announced in the summer, had jolted me into action (for more on that, you can revisit this newsletter from August). [1]

People wanted smaller class size. Hundreds of thousands of Ontarians signed a petition pressing for this evidence-backed demand to keep our communities safer from COVID-19.

In the end, nada. Schools re-opened without a last-minute change of heart from the Ministry of Education.

My frustration was practically vibrating through me the night I chose to read this book. Turns out, it was exactly what I needed.

Impact, Six Patterns To Spread Your Social Innovation, is a clearly-written guide to organizing social change. At a time when the world is filled with pent-up frustration about COVID-19 changing our lives, political fear, poverty and more racism (yes, more) a clear guide to social change is exactly what we need. The book doesn’t make the action easy, but it helps to have a plan.

I was captivated by its stories. Some, like Aung San Suu Kyi and the Kielbergers, haven’t aged well. But other stories, of microcredit pioneer Muhummad Yunus or John Mighton, the playwright best-known for his famous approach to teaching kids math, remain inspirational.

It’s Etmanski’s work itself that I found to be the biggest motivator. His path began at home and led him to Parliament Hill.

Etmanski became a parent activist in the disability movement in British Columbia after his second daughter was born with Down syndrome. Along with his partner, Vickie Cammack, Etmanski created the framework for a Registered Disability Savings Plan, which is like an RESP (Registered Education Savings Plan) but for families who want to financially plan for their children with disabilities. The work came out of identifying a fear, the problem of his child’s limited ability to generate income as an adult.

In 2008, after years of work by Etmanski’s team, Canadians got the world’s first RDSP. Today, there’s more than $2-billion in RDSPs in the bank for people with disabilities.

If there’s one throughline, it’s that the work of creating social change is never-ending. But the rewards are massive.

Reading the book felt electric because in this COVID era of fear and dismay, I needed to be reminded that creating good change is possible.

Impact lays out the six patterns Etmanski identified when it comes to successful attempts to create social change. And I love a good plan.

Here are a few phrases from Impact I found particularly life-giving:

On inclusive movements being better than committees or task forces:

Movements address the most critical yet elusive set of change variables: culture. I’m referring to the hard-to-change habits, beliefs, working relationships, authority flows and stories about the way things should be that most of us prefer to hang on to.

On being inspired by a history of overturning cultural norms, in this case the abolitionist movement:

It started in 1787 when twelve abolitionists met in the back room of a London print shop, determined to abolish slavery. At the time, 75% of the world’s people were either enslaved or in forced labour or serfdom. Slavery, not freedom, was the norm.

Referencing Jane Jacobs’ book Systems of Survival and the reality that government is inherently conservative and doesn’t do change well:

Governments today are expected to do more with less, to increase productivity as resources decline. As citizens we want government to anticipate problems and prevent them before they arise. At the same time, governments must respond to a sophisticated citizenry that expects government to keep pace with the technologies, choices, standards and personalized services we encounter in the private sector. We want our public services to be as responsive and as tailored as Netflix, but at no extra cost.

On operating from a place of empathy in order to get the work done:

Democratic governments are works in progress. Governments seem stuck. Designed for the machine era, they appear out of place in our digital world. They need our help.

When I read this, I think of the highly-organized, long-term work of the Black Lives Matter movement, which has been a vehicle for pressing for the defunding of police, which is beginning to take root now after years of pressure.

Etmanski is continuing the work to end disability poverty. You can follow his work on his site aletmanski.com.

I’m grateful to my father-in-law (hi Charles!) for introducing us, as they are neighbours and I’m grateful to Al Etmanski for his work and for being an ATEOD reader, too.

Impact is a clear roadmap for how to stay on track when frustration, fear and negativity are inevitably going to get us down some days.

And this book isn’t the only place I’m finding this vibe right now. On the eve of the American election, many of Impact’s themes are echoed by U.S. Congress representative Alexandria-Ocasio Cortez, who says:

If there’s any one theme for the newsletters I’ve written in this COVID era, it’s that all our everyday acts connect us to everyone else — the food we eat, the spaces we inhabit, the work we do for each other — and when we shortchange the system, skirting fairness and respect to save money, people suffer.

Knowing this, as AOC said above, we need to focus. 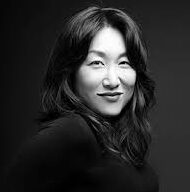 If you would like to learn more about Impact, Six Patterns To Spread Your Social Innovation, or purchase a copy, click here.

**Please note that all views and opinions expressed by contributors should be recognized as theirs alone, and do not necessarily reflect the official policies or position of Plan Institute**