The Soul of Poverty 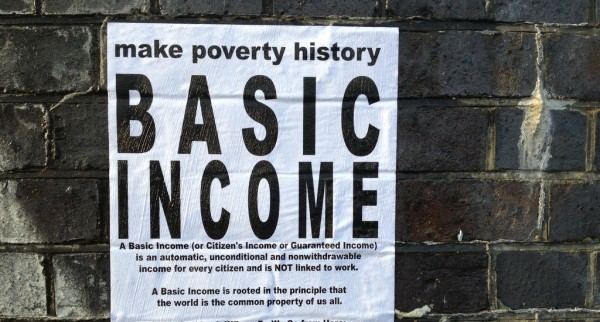 What’s to be done about the soul-destroying poverty faced by people with disabilities?

That is why we are calling for the introduction of a Basic Income program for Canadians with disabilities. (Note: Basic Income is sometimes referred to as Guaranteed Annual Income.)

According to the Basic Income Earth Network (BIEN) a Basic Income is a minimum income granted on an individual basis without means test or work requirement. Basic Income is a simple and powerful 21st century idea to dramatically reduce and eliminate poverty. There are a wide variety of examples to build on from around the world. A Canadian form of Basic Income is the Old Age Security and Guaranteed Income supplement, which acts as a minimum income for seniors. And in the 1970’s Dauphin Manitoba was home to a successful Guaranteed Annual Income program. It produced many positive benefits like fewer hospital admissions, higher levels of education and stable employment. Dauphin is popularly referred to as the Canadian town where no one was poor!

Interest in Basic Income programs is spreading all over the world, including Canada. A Guaranteed Annual Income is now federal Liberal party policy. Ontario is moving forward with a Basic Income pilot under the design of longstanding champion, retired Senator Hugh Segal. Federal Social Development Minister Jean-Yves Duclos studied guaranteed-income programs before he entered politics. The Honourable Carla Qualtrough, Minister of Sport and Persons with Disabilities is quoted as being personally supportive of the idea.

Here are five reasons for implementing a Basic Income program for Canadians with disabilities:

It’s time for dignified economic citizenship for Canadians with disabilities. We want a country without poverty, where everyone belongs and where everyone is valued. We also want to replenish souls. We believe Basic Income will do that.

We would welcome your involvement.

For more on this topic, read Basic Income for People with Disabilities by Jane Dyson, Executive Director of DABC