It’s Time for a Basic Income 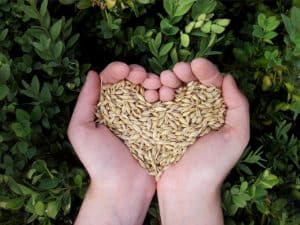 In April 2017, several community organizations including Plan Institute, Disability Alliance BC (DABC), Inclusion BC, and Burnaby Centre for Community Inclusion hosted former Senator Hugh Segal in a series of meetings and forums on a Basic Income (BI), or Guaranteed Annual Income (GAI). Mr. Segal has advocated for a BI system for decades. At the request of Ontario’s government, he produced a study on BI in 2016. In Spring 2017, Ontario announced it would run a three year BI pilot in three cities, based on Mr. Segal’s study: Finding a Better Way: A Basic Income Pilot Project for Ontario.

The working poor, and welfare and disability assistance recipients in Canada’s two most expensive provinces struggle to afford their basic needs such as housing, food and clothing. DABC, Plan Institute and the other community agencies that hosted Mr. Segal, believe BC should also introduce a BI system. We believe BI would not only provide improved financial security for people with disabilities and other individuals living in poverty, but would also result in a more efficient, respectful and dignified system that removes the stigma associated with receiving provincial assistance.

We are encouraged by Ontario’s decision to introduce a BI pilot. At the same time, there is no need to wait until the results have been tabulated before BC introduces its own BI. We believe the time for a new system of income security and supports in British Columbia is overdue and are convinced that a BI will result in improvements to the metrics outlined above for the Ontario project, as well as to lower healthcare and criminal justice costs for BC. Over the last few months, our organizations have been speaking to the Province about our interest in seeing a BI system introduced. We look forward to continuing our advocacy together on this important project.

Basic Income for People with Disabilities

The Soul of Poverty